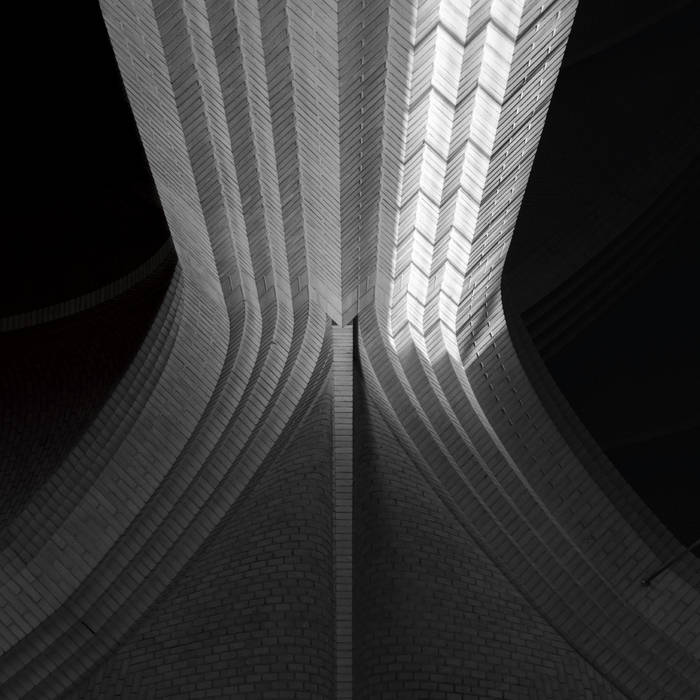 Unlike ‘Staccato Signals’ where Ben started with a blank slate and built the music up layer by layer, finishing with the string quartet, this time the process began with everything on hand. The task became dismantling the tracks – stripping them apart to see what was left, letting certain sounds or instruments become the focus, and then rebuilding the arrangements around them.This allowed elements to breathe, yet also to become more static. The less chaotic and more ambient nature of these pieces suggested a related album of versions, a conceptual sibling –‘Drone Signals’.

Using the final element of the previous album, recording the strings, as a starting point to feed into his machines, Ben developed a central conceptual tool of his previous album – giving up control – even further. The result is a fractured and dissembled interpretation of ‘Staccato Signals’as performed by modular synthesisers.

In this way, ‘Drone Signals’ might best be understood as the aftermath of ‘Staccato Signals’,retaining much that made the latter such a rewarding album – it’s mournful beauty, the tense,ambiguous relationship between electronic and acoustic elements, and a delicate if not volatile balance between elegance and intensity. This time, however, the palette is broader, more static –concerned more with monolithic structures than with sharp edges.

Accordingly, the hectic energy of ‘Hound Point’ and ‘Knots’ from the former melt and decay in to the slow, gradual burns of ‘Nordsjœn’ and ‘Unravel’, while the strings on ‘Black Castle’, prominent and stirring on ‘Staccato’, reappear only in strangled, muted gasps on album-opener ‘Burning Witches’ – occasionally flickering through the smouldering distortion. Where ‘Staccato’ is urgent, dynamic and chaotic, ‘Drone’ is expansive, dispersing its harmonic identity over much wider spaces, requiring more of a vertical listening experience than its predecessor.

Ben Chatwin is an experimental electronic composer who works primarily with modular synths and other hardware to create densely layered soundscapes with sweeping emotional resonances. His music combines brutalist rhythms with drifting strings and synths, to create music that is at once abstract and cinematic. ... more

Bandcamp Daily  your guide to the world of Bandcamp

Benji B talks about his new compilation ‘Deviation Classics’